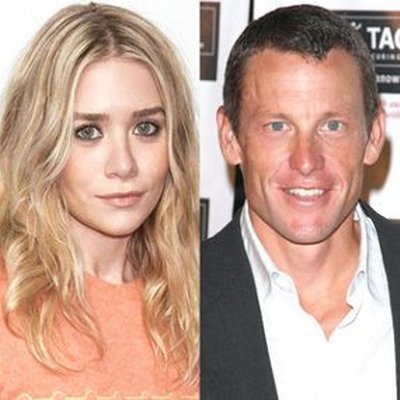 Once there was a rumor that Lance Armstrong and former Full House star Ashley Olsen was dating. They were even spotted making out once.

“Lance was hanging with her, definitely. [Olsen] was very flirtatious, and was sitting on his lap.” a witness told People back in 2007.

Ah but that was it… or was it?

In a new tell-all book about Armstrong, New York Times writer Juliet Macur says that the two dated before his handlers warned him his relationship with her could negatively impact his cancer work.

According to Macur’s book Cycle of Lies, Armstrong’s friend and head of his Livestrong Foundation, John Korioth, “warned the 36-year-old father of three that his May-December romance could damage his cancer work.”

Macur says that Korioth told Armstrong, “Whoa, dude, bad idea. You’ve got to put a stop to this right now,”

The relationship ended after about a year and so too did Armstrong’s claims of being clean.