Ashley Cole, English footballer for Chelsea and the England National team was cited by the FA after posting a vulgar tweet to Twitter on Friday. Cole, who is said to of reacted angrily after the FA commission questioned the evidence he gave in defending teammate John Terry against a racism charge.

Cole went to Twitter and tweeted his displeasure with the FA for questioning him: 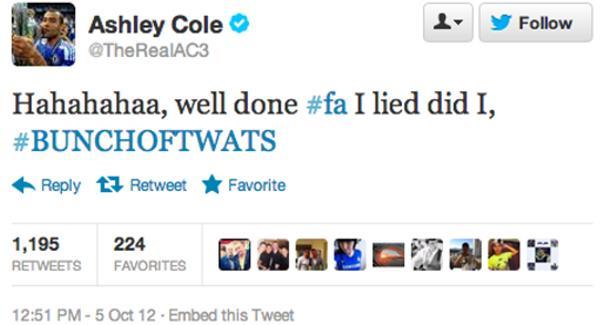 Cole has until 4pm on Thursday, October 11 to respond to the charge. The timing is not good given the charge demands a response barely 24 hours before England’s World Cup qualifier with San Marino at Wembley.