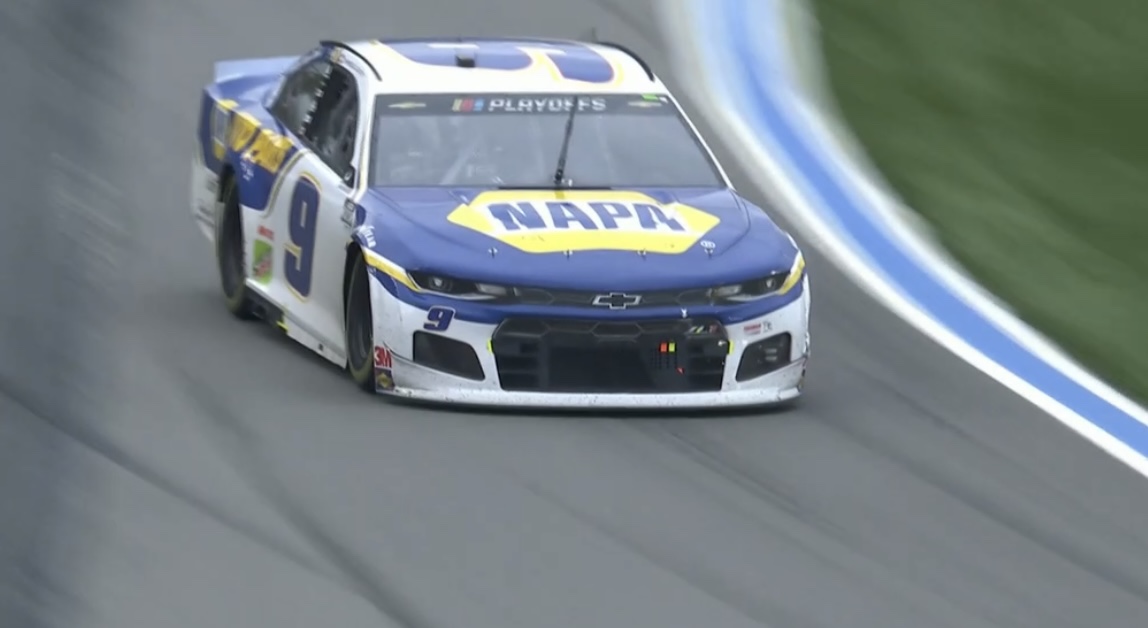 Denny Hamlin was awarded the pole for the race as drivers started on rain tires. Brad Keselowski would move to the front of the field to lead the first lap but it was Chase Elliott who would lead the field to the competition caution on lap 10.

Clint Bowyer would lead much of the remainder of the stage with rain tires before being leased by Ty Dillon who had switched to slicks during the competition caution. A late caution came out for John Hunter Nemechek who had run off course and had trouble getting back on track. Several drivers took the opportunity to switch tires and make pit stops. The stage finished with a one lap shootout which was won by Dillon.

Pitting at the end of the stage would see Dillon give the lead up to Christopher Bell. As the race returned green William Byron would move to the front of the field.

Last years winner Chase Elliott would put for a loose wheel as stage three started. Midway though the final stage Bowyer would suffer an issue with the steering of his car while race leader Blaney ran off the track handing the lead to Ryan Preece. Alex Bowman would take the lead with 28 laps to go.

Elliot would pass Bowman for the lead but after a debris caution would need to pass Erik Jones to again assume the top spot.

Failing to advance to the round of eight were Kyle Busch, Clint Bowyer, Austin Dillon and Aric Almirola.