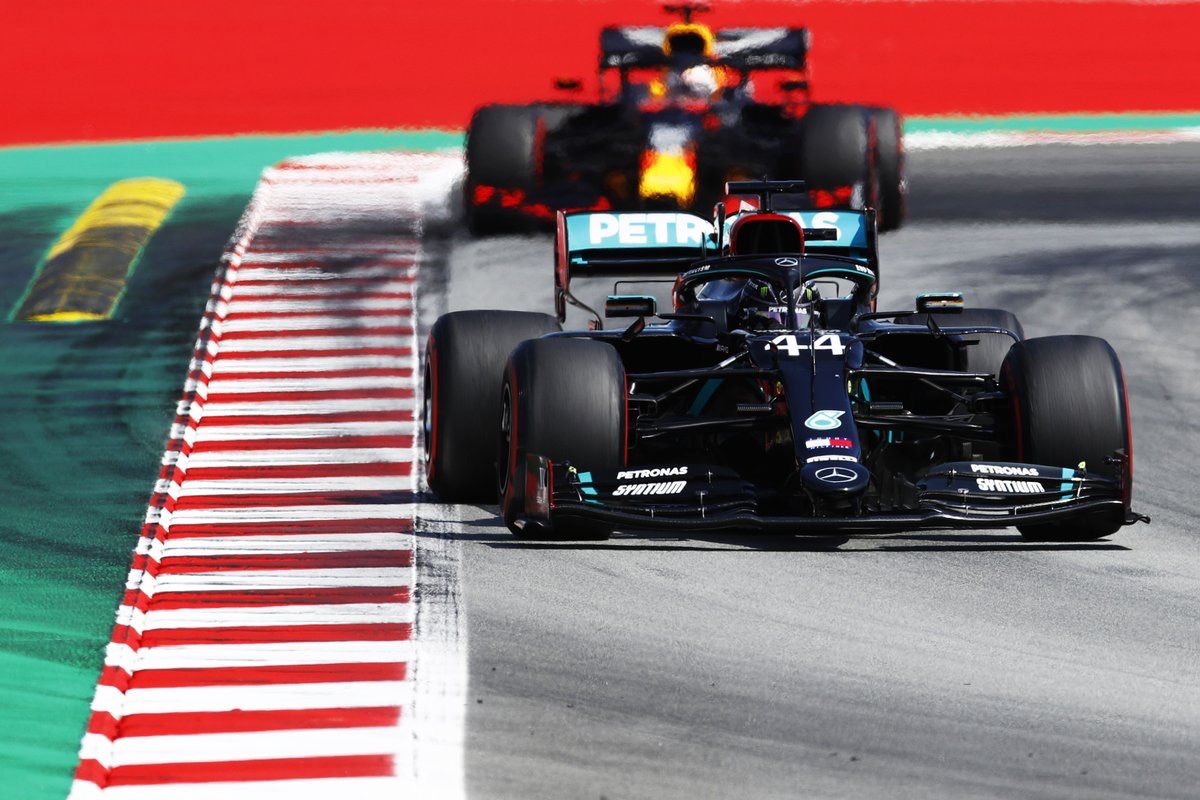 Lewis Hamilton won the 2020 F1 Spanish Grand Prix. The event consisted of 66 laps which Hamilton led all of after starting on the pole.

The race began with the top three championship contenders starting up front on the grid as Hamilton, Valtteri Bottas and Max Verstappen lined up one though three.

Hamilton entered the race with wins the last three years. Vestappen made a move to second at the race start while Bottas found himself under attack and passed by Lance Stroll.It would take Bottas until the start of lap 5 to get back around Stroll into third.

Just past halfway Charles Leclerc would spin but was able to get his car refired. He would go to the pits and retire. Bottas would score the races fastest lap on the final lap of the day.

With the win Hamilton has now scored more podium finishes than Michael Schumacher with 156. Only the top three finishers finished on the lead lap.