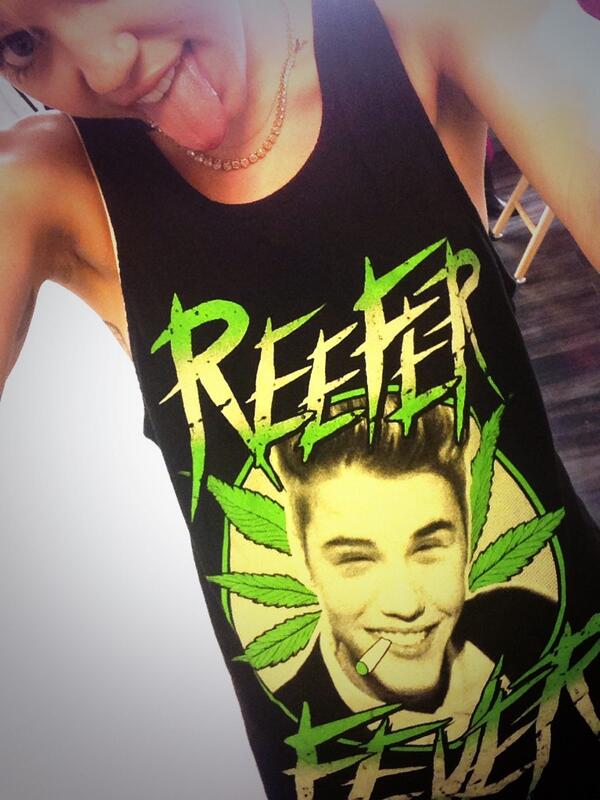 Miley Cyrus is not one to shy away from controversy – or anything really, so when she posted a photo of herself wearing a shirt with Justin Biebers face on it smoking marijuana – we can’t say we were surprised!

On Monday, Miley tweeted a photo with Bieber’s face surrounded by marijuana leaves and a joint hanging out of the Canadian pop star’s mouth, with the words “Reefer Fever” — a play on “Bieber Fever” — screened on it.

Bieber is thought to enjoy weed just as much as Miley does but he’s not at the point in his career that he can be as free about it.

When Justin hosted “Saturday Night Live” in February, Bieber both confirmed that he’d been caught smoking weed and apologized for it, ironically enough during a sketch for “The Miley Cyrus Show.”

Miley has been –extremely open about her weed use, even saying that she smokes too much weed in the past.