Making an NFL roster can be a life altering financially.

The NFL salary figures for quarterbacks continues to dwarf the rest  but would you believe that DL and DE are next are next among the highest paid positions. 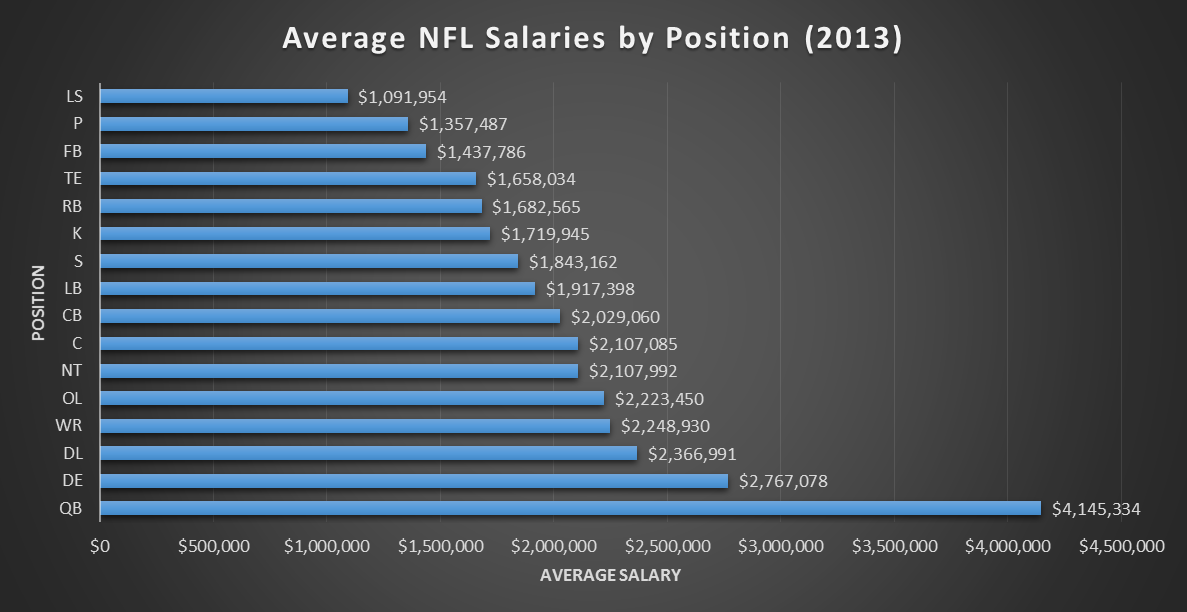 At the bottom end of this salary chart are kickers, fullbacks, and running backs.

It should come as no surprise that Kickers and Punters are at the bottom. They are easily replaceable and often cut once their salary begins to peak. The decline in number of teams utilizing the full back position has negatively taken a toll on those players salaries. 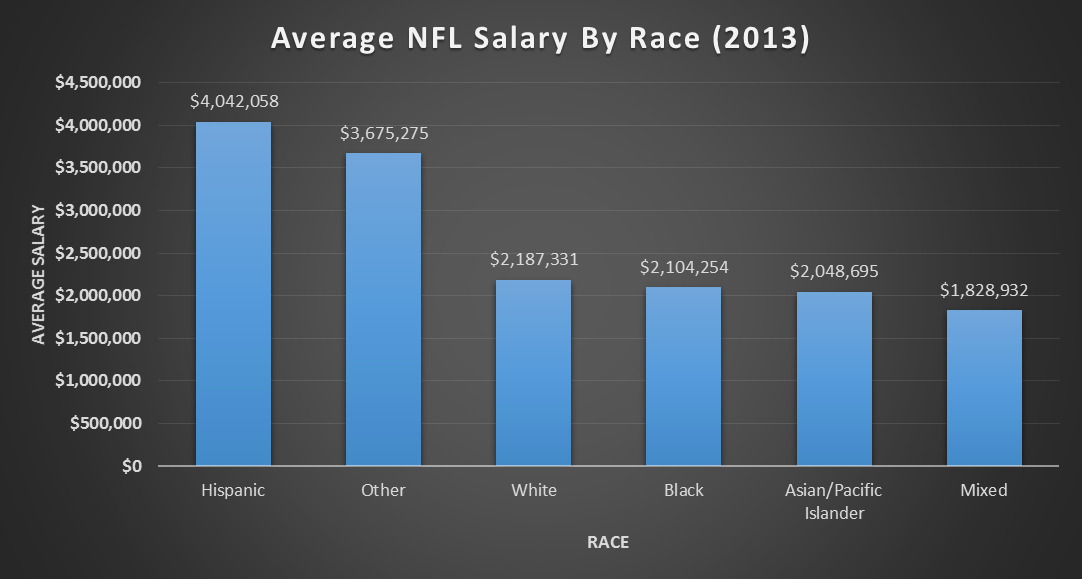 While less then 1% of the NFL is listed as being Hispanic, they earn the highest average salary at over $4 million.