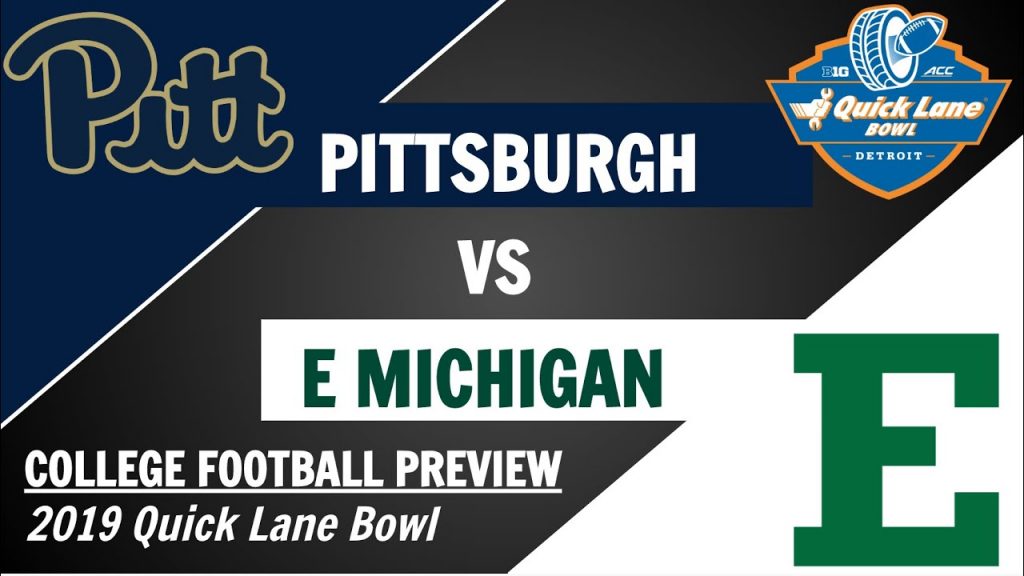 The Pittsburgh Panthers (7-5) will face off against the Eastern Michigan Eagles (6-6) on Thursday in the Quick Lane Bowl.

ESPN has coverage of the day after Christmas bowl game beginning at 8:00 pm ET.

There has not been a lot of interest leading up to this bowl game largely because both teams are not very good. Pittsburgh is trying to get their first bowl in with Pat Narduzzi as their coach, something they have failed to do in his previous attempts into bowl season.

Eastern Michigan has allowed other teams offenses to take advantage of them allowing 29 or more points in seven of their 12 games this season. Only twice have they held opponents under 20 points and those contests came against winless Akron and Northern Illinois (5-7).

The odds-makers have Pittsburgh favored by 11 points over Eastern Michigan. The over/under for this game is 49 total points.