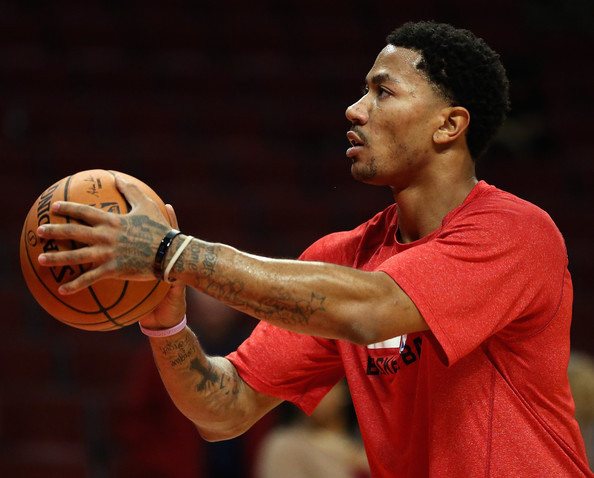 “I know it’s been there,’’ Rose told the Sun-Times, acknowledging there has been growing tension between the organization and his camp. “I heard there were some upset people.

“I’m happy I didn’t personally see it. I don’t want to see that. I kind of wonder where it was coming from because it seemed like whenever I was around, everything was all right. It bothered me because when I wasn’t around, I would hear from certain people that everything wasn’t all right.’

That Rose, who has a five-year contract worth $94.8 million, did not place an emphasis on recruiting players to the Bulls this offseason is considered a sizeable reason wrote Joe Cowley of the Sun-Times.

Naturally those comments by Rose were followed by a statement from Bulls owner Jerry Reinsdorf.

“I am confounded by the irresponsible report in the Chicago Sun-Times suggesting there is anything approaching discord or confusion between the Bulls executive office, coaching staff, and Derrick Rose or any other Bulls player. To the contrary, I can remember no time when the organization has been any more focused, optimistic, and cohesive. I’ve got to assume suggestions otherwise are intended to undermine the goals and objectives, spirit, and reputation of the Chicago Bulls. I am deeply disappointed that unnamed sources and totally inaccurate statements and assumptions can be used to foment nonexistent friction. The report is totally without basis or fact. It is pure malicious fiction.”