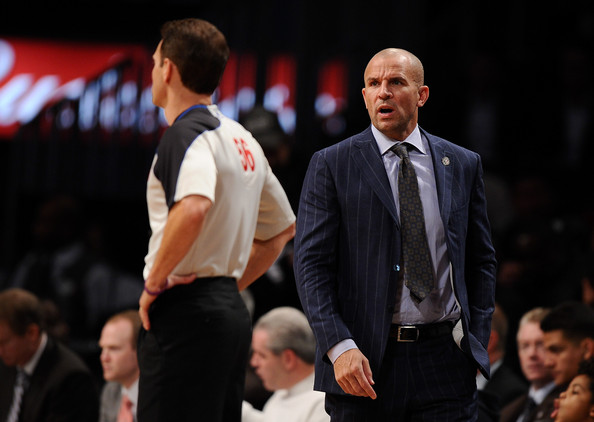 The Brooklyn Nets lost 99-94 to the Los Angeles Lakers despite the best, or uh worst efforts of Jason Kidd.

Kidd spilt his Coke on the court at the end of the game in what can only be described as an apparent stall tactic. If course we can not exactly confirm this but as pointed out by the Brooklyn Game, Kidd tells Tyshawn Taylor something that appears to cause the player to knock the cup out of Kidd’s hand.

The ensuing reaction from Kidd is nothing short of a flop.

Perhaps its much about nothing. The Nets still lost.