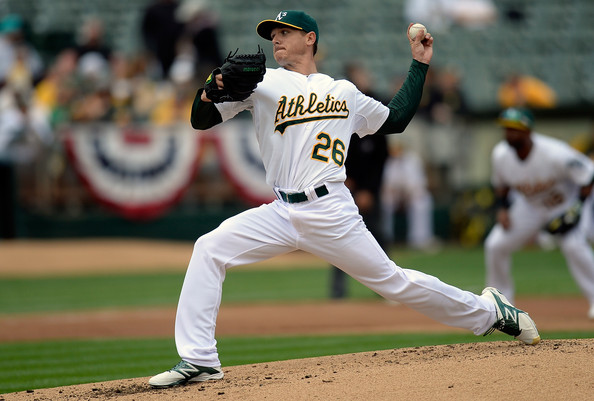 Scott Kazmir had been dealing with some back stiffness prior to Monday’s game so it should not come as a surprise that he did not have his best stuff. Still he had enough to pitch his way to a win over the Minnesota Twins.

Kazmir allowed three runs on six hits while walking four and striking out five during his six innings of work in what ended up being a 8-3 win for the Athletics.

The A’s first got on the board with a double off the bat of Yoenis Cespedes which scored Brandon Moss. An inning later Moss singled in two himself while Alberto Callaspo doubled in Moss two batters later. Derek Norris hit a two run home run in the sixth inning while in the seventh Nick Punto scored following a balk.