Todd Jones does not want any hall of fame votes 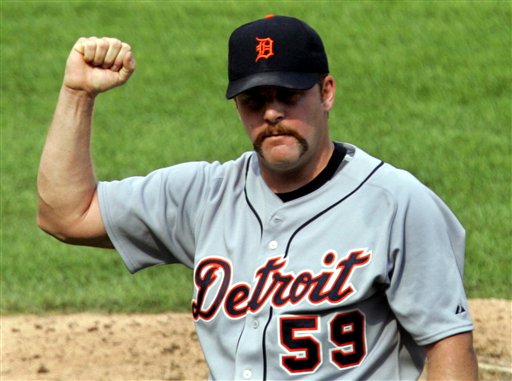 Todd Jones was good, he was bad, but in the end he has always been Todd Jones. The former big league closer is among a handful of players who are on the 2014 ballot for induction into the Hall of Fame.

Just don’t waste your vote on him.

Greg Maddux, Frank Thomas, Tom Glavine those are hall of famers for sure. Others on the list like Jeff Kent, Mike Mussina and hold overs like Craig Biggio and Mike Piazza could eventually get into the club that Todd Jones feels he’s not entitled to join.

Here's his "official Todd Jones release: "The HOF is for greatness…No one w the nickname `Roller Coaster' should ever be considered…"

Rest of Todd Jones' "official release" says: "The only thing the HOF will let me in for is to use the restroom." My take: Humility is cool!

Despite 319 saves, Jones was only an All-Star once and never topped anyone’s list of best closers in the game. He was a serviceable arm for many years though and we figure the Hall of Fame will extend him a bathroom pass even if he fails to pay admission.