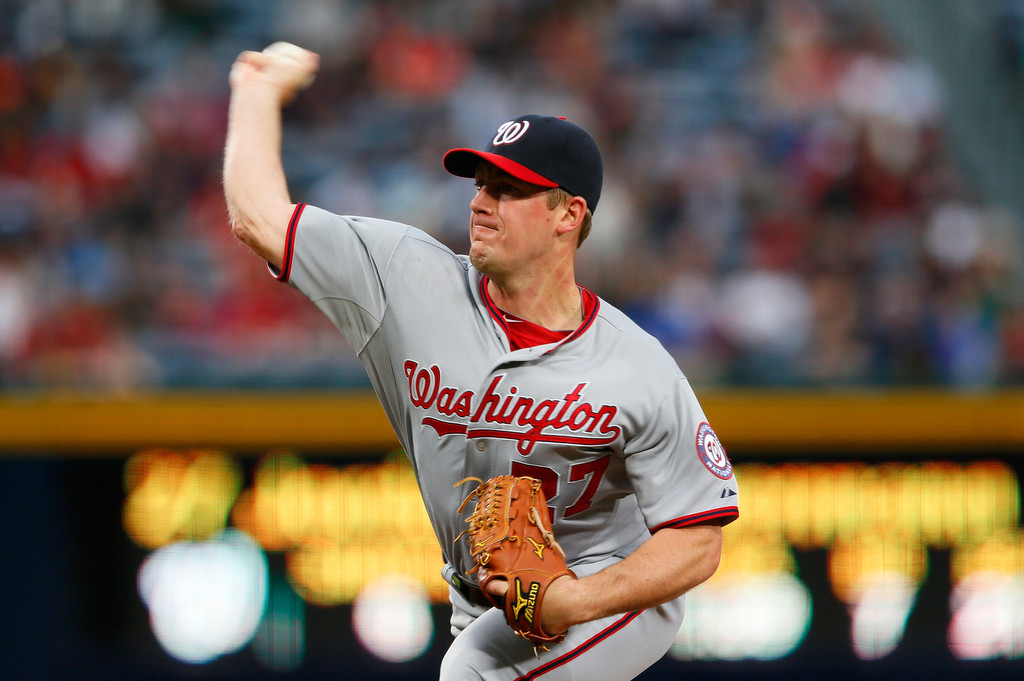 Washington starting pitcher Jordan Zimmermann kept the bats of the Atlanta Braves quiet on Wednesday night keying a 2-0 win for the Nationals.

Zimmermann took control of the game early and cruised through eight innings of work allowing just two hits. Zimmermann struck out eight Braves before giving way to Rafael Soriano who recorded his eighth save of the season.

Atlanta starter Paul Maholm went eight innings himself allowing just three hits but a two run homer off the bat of shortstop Ian Desmond provided the Nationals with all the runs they would need.