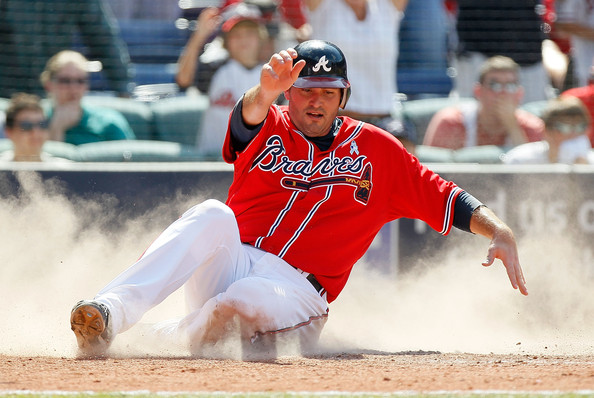 Glaus contacted the New York Yankees about a contract according to Sweeny Mutri. Glaus says his body feels better after sitting out the last two seasons. With the signing of Kevin Youkilis it is safe to assume the Yankees would not even extend a spring training invite to Glaus who hit 320 home runs in his career.

While someone could invite Glaus to spring training, it is doubtful that he would provide much. In his final season he hit a lowly .240/.344/.400 with only 16 home runs in 412 at-bats for the Atlanta Braves.

Cody Ransom also spoke to the Yankees about a contract. Ransom hit a career high 11 home runs last season but managed only a .220 batting average as he split time between Arizona and Milwaukee.