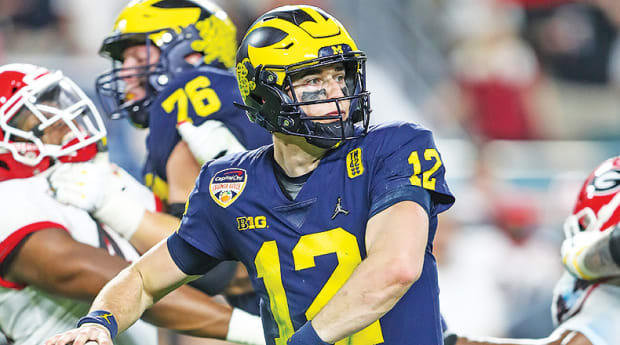 Cade McNamara termed it a “new beginning” on twitter as he announced his transfer to Iowa.

McNamara helped Michigan to the Big Ten title and the College Football Playoff in 2021 but as a graduate student with two years of eligibility left finds himself heading to Iowa.

After emerging as the Wolverines’ starter in 2020, McNamara led the team to its first outfight Big Ten title since 2004 while also making their first appearance in the CFP.

McNamara has been out of action since Week 3 when he suffered a leg injury that required surgery. He lost out on the starting job to J.J. McCarthy after a two week battle to start the season.

Iowa is losing starter Spencer Petras at the end of the season while backup Alex Padilla has entered the transfer protocol himself as a graduate student.