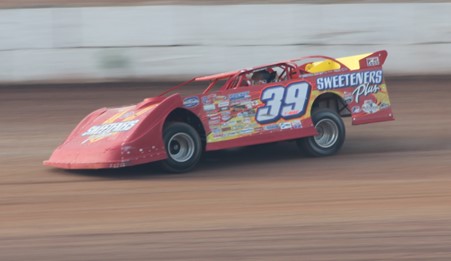 The tournament got off to such a great season this year that many new dates are added for next year.

It’s certainly been a turbulent few years for the sports industry. The pandemic led to the cancellation of most sports globally and we are only just, finally, starting to see the sports we love return to our screens.

It wasn’t just the players and owners of these sports that suffered, the sports betting industry was hit pretty hard too, and popular betting sites such as bet-pa had to think of new and creative ways to keep punters entertained.

But, thankfully, this is now a thing of the past, and over the course of this year, we have seen most of our favourite sports resume their seasons, including the World of Outlaws sprint racing.

After losing most of the season in 2020, the teams were eager to get back in full swing for 2021, and it seems to have been a great season for the competition.

The owners of the competition have announced that, due to this season gaining such a big revenue and huge following of fans, there will be an extra $1 million added to the funds to get ready for next year.

This $1 million will go towards many different aspects of the tournament, including bigger prizes for the winners and more events spread out over the country. The prize for 1st place went up $50,000 from this season and now offers $200,000 to the winner of the competition.

Almost every position will benefit from this new spending, even all the way down to 10th position which will now receive a $50,000 prize, a $20,000 increase from last year.

While the money is probably what the teams are interested in, for us – the fans – the announcement of extra dates is probably the most exciting piece of news.

“The Greatest Show On Dirt” will now host over 80 different events between February and November of 2022, spread out over 22 states.

The season will kick off in Florida for the three days DIRTcar Nationals on February 10th-12th, before heading to California for the Spring West Coast Swing. The tournament will come to a close in North Carolina in November.

Included in the list of dates set for 2022, we already see about 5 in Pennsylvania.

The first of these kicks off at the Port Royal Speedway on July 20th. This half-mile track is usually used only once a season – if at all. But with some recent investment in the modern facility, fans and owners alike were waiting hopefully for extra dates to be added.

This state-of-the-art speedway is also being used to host the Nittany Showdown doubleheader on October 7th-8th, just after the National Open is being held at the historic half-mile Williams Grove Speedway on September 30th-October 1st.

Tickets for these events will be on sale in a couple of weeks so keep your eyes open if you’re keen to go and see one of these amazing races in a speedway near you.