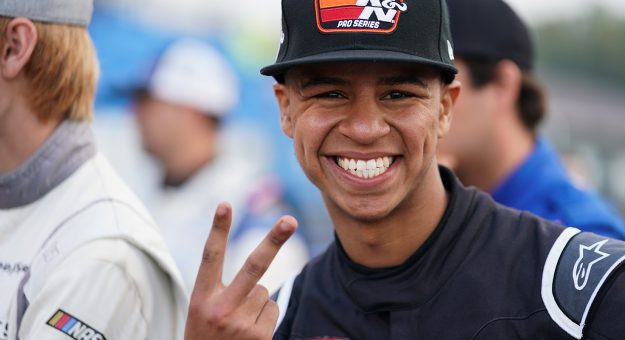 Armani Williams will make his debut in the NASCAR Camping World Truck Series at Gateway for Reaume Brothers Racing.

Williams will drive the No. 33 truck and become the first driver on the autism spectrum to compete in the series.

“This is a dream come true having the opportunity to make my debut in the NASCAR Camping World Truck Series at Gateway. When I got the call from my dad, I was overcome with emotion,” said Williams of the oppurtunity. “Many years of hard work, along with the support of my family, friends, and fans have made this possible. And of course, I have to thank Reaume Brothers Racing for believing in me and giving me this incredible opportunity.”

Previously Williams has made two starts in the ARCA Menards Series with Andy Hillenberg with a best finish of 10th at Michigan.

“I have been talking to Armani and his dad Del about this for quite some time now” says Josh Reaume, owner of Reaume Brothers Racing. “No one really understands how much they have overcome and how hard they have worked in order to secure these opportunities. They’ve grown numerous partnerships and spent tons of time developing Armani’s career, so it’s nice to see these efforts finally paying off. I am so happy to be able to help and get such a great kid behind the wheel.”