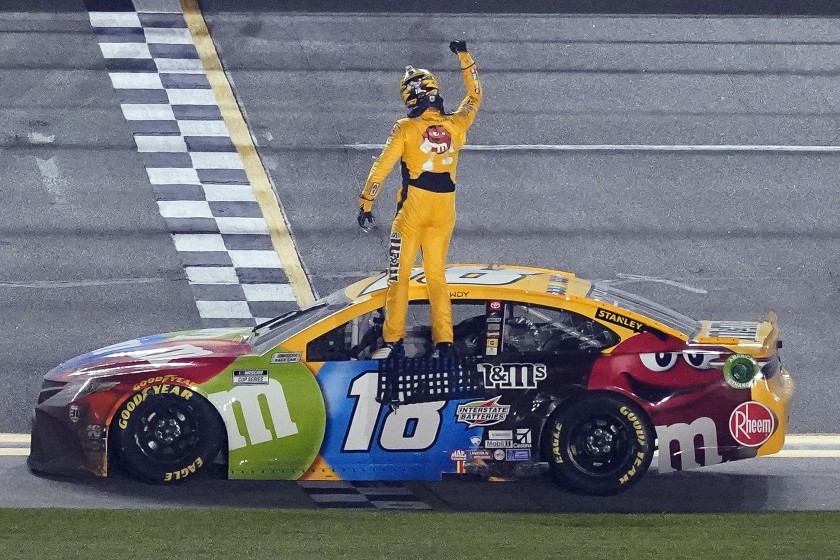 Kyle Busch went to victory lane in Tuesday nights running of the Busch Clash after Chase Elliott made contact with Ryan Blaney in the final chicane of the race.

The win was the second in the Busch Clash for Busch and the first victory for new crew chief Ben Beshore in the Cup Series with Busch.

“I kinda felt like there was an interesting opportunity that was developing there,” Busch said of incident between Blaney and Elliott. “When that started happening I was hoping they would wreck long enough I could get up there and get by them and win the thing. It’s never over until it’s over in these kind of things.”

Elliott, who won NASCAR’s first event on the Daytona road course, had made his way to the front of the field after being pushed the back due to unapproved adjustments.

The event which was made up of 35 laps was split by a competition caution on lap 15.

Team Penske has dropped its appeal of penalties to the No. 12 Ford driven by Ryan Blaney. Crew Chief Jonathan...
NASCAR Cup Series

Ryan Blaney has signed an extension to remain with Team Penske according to a press release by the team. Contract...