Warning: Use of undefined constant TDC_PATH_LEGACY - assumed 'TDC_PATH_LEGACY' (this will throw an Error in a future version of PHP) in /homepages/1/d200405040/htdocs/tireball/wp-content/plugins/td-composer/td-composer.php on line 107
 Miley Cyrus Pregnant with Juicy J’s Baby? – Or Not! Miley Responds! | Buzz Hot Celebrity, Music, Movie News, Rumors and Gossip
TRENDING
Navigate
Categorized as
8612
Tagged as
miley cyrus
Related 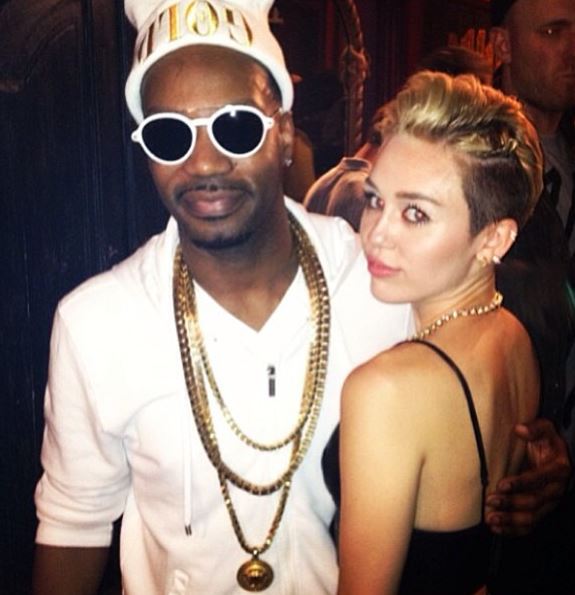 Twitter went crazy this weekend when the rumor mill started spinning that Miley Cyrus took the stage at the BET Hip Hop Awards and announced she was allegedly pregnant with Juicy J’s baby.

Not so fast, internet world. The truth is, she is not, or at least, the chances are slim and Miley is not pregnant with anyones baby!

UPDATE: Miley Tweets Regarding The Rumor!

It looks like Ms. Miley was as surprised as we were about her ‘pregnancy’!

International Business News identified a post on CreamBMP.com as the sole source of the rumor. The post bears the headline:

Juicy J is featured on Miley and Mike WiLL Made It’s new track, ’23,’ and the pair have been hanging out a lot lately.

“I assure you she’s been doing a lot more than twerking” said Juicy J before Miley Cyrus blurted out that her and the rapper were pregnant, the site reported.


The crowd at the BET Hip Hop Awards reportedly reacted to the statement as a joke, they laughed it off until Miley followed up: “No, I’m really pregnant!”

Miley’s dad, Billy Ray who was reported by the site to of been in attendance said, “She really broke my achy breaky heart” when the news broke, referencing his own hit song.

Juicy J nor Miley mentioned the announcement on their social media pages. The awards show will be televised on October 15.

Here are a few reasons initally posted by inquisitr.com that this is only a rumor:.

The image used on the site that referenced the alleged pregnancy, used an image of the two that a Google search reveals a June 9 article on for Vibe as being the first use of said image.