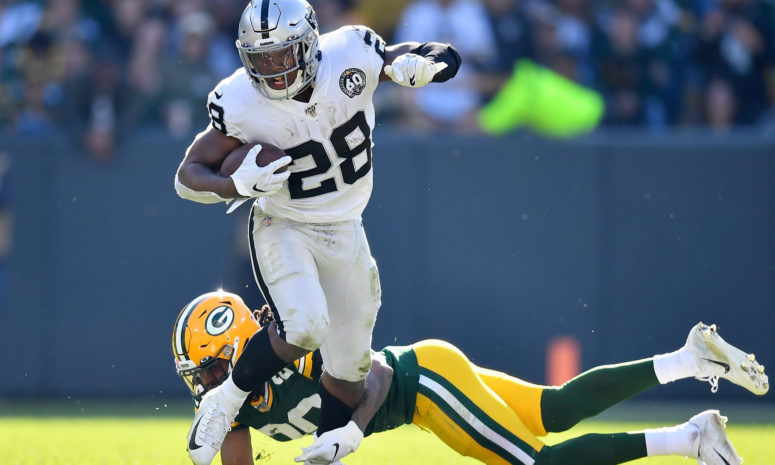 Raiders rookie running back Josh Jacobs will play in the team’s Week 8 game against the Texans.

Jacobs has been questionable with a shoulder injury but had insisted he would play. After practicing in a limited capacity on Friday, Jacobs is listed as ready to go by the Raiders.

The first round pick is having a good start to his career as he leads rookies with 554 rushing yards and four touchdowns. His 641 yards from scrimmage are also tops among first year players and his 5.1 yards per carry has helped the Raiders offense move the ball.

Fantasy Impact: Unless you have another legit option at the position, Jacobs should be active for your team even against the Texans tough run defense.