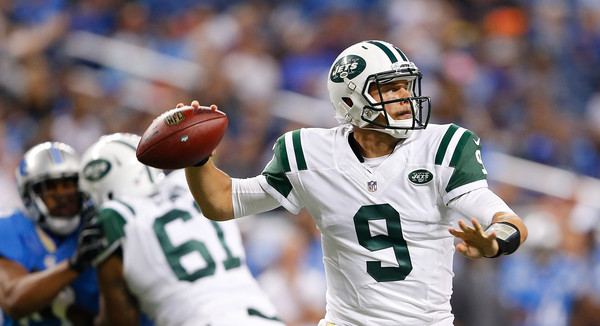 Bryce Petty spent his rookie season buried on the Jets depth chart at quarterback and according to the Newark Star Ledger‘s Darryl Slater that is unlikely to change.

Petty was behind both Ryan Fitzpatrick and Geno Smith on the depth chart this season. Speaking in November head coach Todd Bowles confessed that the Jets would be even more limited on offense if Petty were forced into action instead of Geno Smith. That speaks poorly of Petty’s views from within the organization.

“We feel, ability-wise, he can definitely be a quality No. 2,” general manger Mike Maccagnan said recently to ESPN. “The rest is kind of up to him. He has the physical ability to potentially be a starting-caliber quarterback, but he still has to do it on the field and in the preseason, so we can kind of see where he’s at. We’re excited to work with him.”

The Jets true feelings about Petty will be revealed come draft time. Should they use a draft pick on a quarterback it will become clear that the fourth-rounder from a year ago is on thin ice. Likewise Smith enters the final year of his rookie deal while Fitzpatrick is still awaiting a new deal.