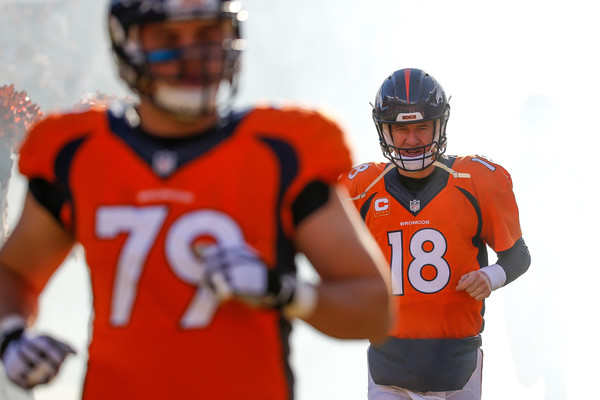 Peyton Manning returned to the field on Sunday in Week 17 against the Chargers.

Starting the game for the Broncos was Brock Osweiler, he had been 4-2 since filling in for an injured Manning. Had the Broncos not committed five turnovers it is unlikely that Manning would have seen the field.

Manning led the Broncos on a touchdown drive to take the lead 14-13 late in the third quarter.

A win in this game gives the Broncos the No. 1 seed in the AFC since the Patriots lost to the Dolphins.

Osweiler’s day ended after completing 14 of 22 pass attempts for 232 yards and a touchdown. However two interceptions and a fumble have left head coach Gary Kubiak to make the switch that even this website thought was improbable.