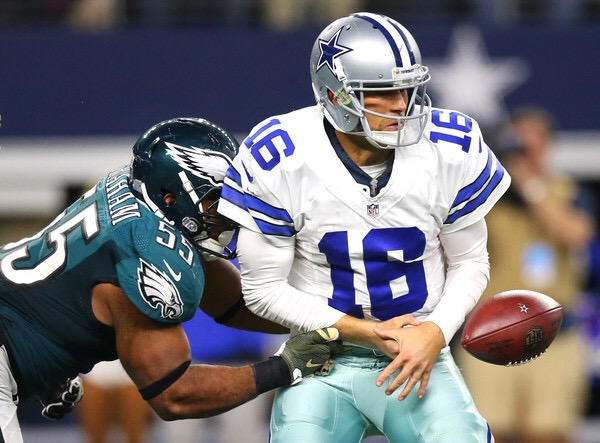 Owner Jerry Jones confirmed on Friday what Cowboys fans already knew Thursday afternoon. Quarterback Tony Romo will be placed on injured reserve ending his season and effectively the teams in the process.

Romo suffered a hairline fracture in his collarbone Thursday against the Panthers. It’s the second such injury for Romo this season and highlights an injury filled season for the team.

The Cowboys started the season with a win over the Giants but lost Romo in a Week 2 win over the Eagles. In addition to Romo the Cowboys also played without wide receiver Dez Bryant for much of the early part of the year while rotating Brandon Weeden and later Matt Cassel into the quarterback role. The job again falls to Cassel with Kellen Moore serving as his backup. Weeden was released prior to Romo’s return in a win over the Dolphins.