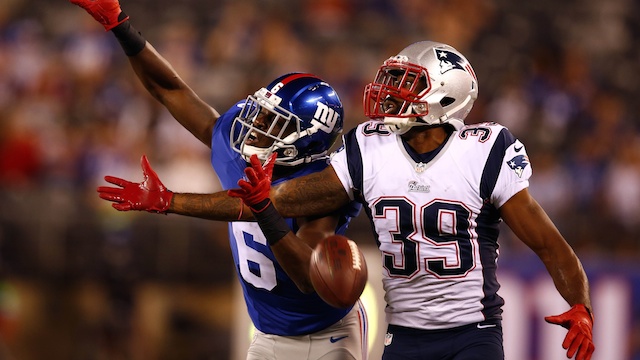 The New Orleans Saints have signed former New England Patriots cornerback Brandon Browner making him the second loss in the secondary for the Super Bowl Championships.

Browner’s new deal with the Saints is reportedly for three years.

The 30-year-old Browner is a tall physical corner who has played on the past two Super Bowl championship teams. He joined the Patriots after spending the previous three seasons with the Seattle Seahawks.

The Saints made a play for Browner last year before he choose to go to the Patriots. Since free agency started they have shown interest in both Browner an former Green Bay Packers cornerback Tramon Williams.

Browner got a late start to the 2014 season after serving a suspension and dealing with a ankle injury. Once he joined the lineup in Week 7 he quickly established himself as a starter.

In his four-year NFL career Browner has picked off 11 passes and broken up 47 passes.