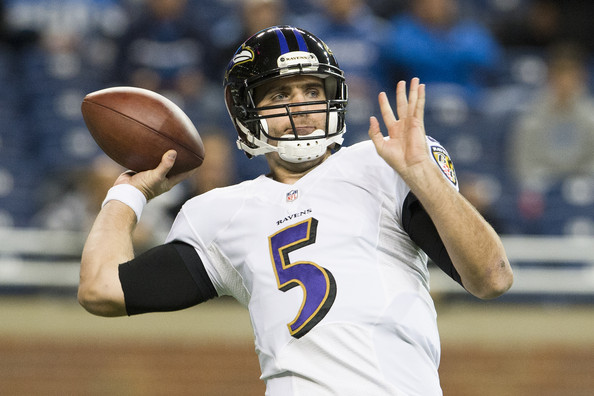 Baltimore Ravens quarterback Joe Flacco says his knee and leg are fine after a hit that occurred in the fourth quarter of Monday’s 18-16 win over the Detroit Lions.

A Lions defender hit Flacco just below his left knee. The 28-year-old quarterback limped to the sidelines but returned to the game on the following series. While there was some initial concern about Flacco the Ravens sideline seemed to be calm and collected.

“It wasn’t really bothering me after the initial hit,” he said. “It was more probably scary than anything, just from what I felt.

“It feels fine. It feels strong.”

Flacco has not missed a game in his six ear career and is unsure of what the Ravens staff will want to see before clearing him for next week.

“I have no idea,” Flacco said. “I’ll talk to the trainers and see what the protocol is. I’m not really used to anything like this.”

The Ravens used six field goals from Justin Tucker to upend the Lions. The win keeps the Ravens playoff hopes alive. The have two games remaining as the host New England next week and travel to Cincinnati to close out the season.