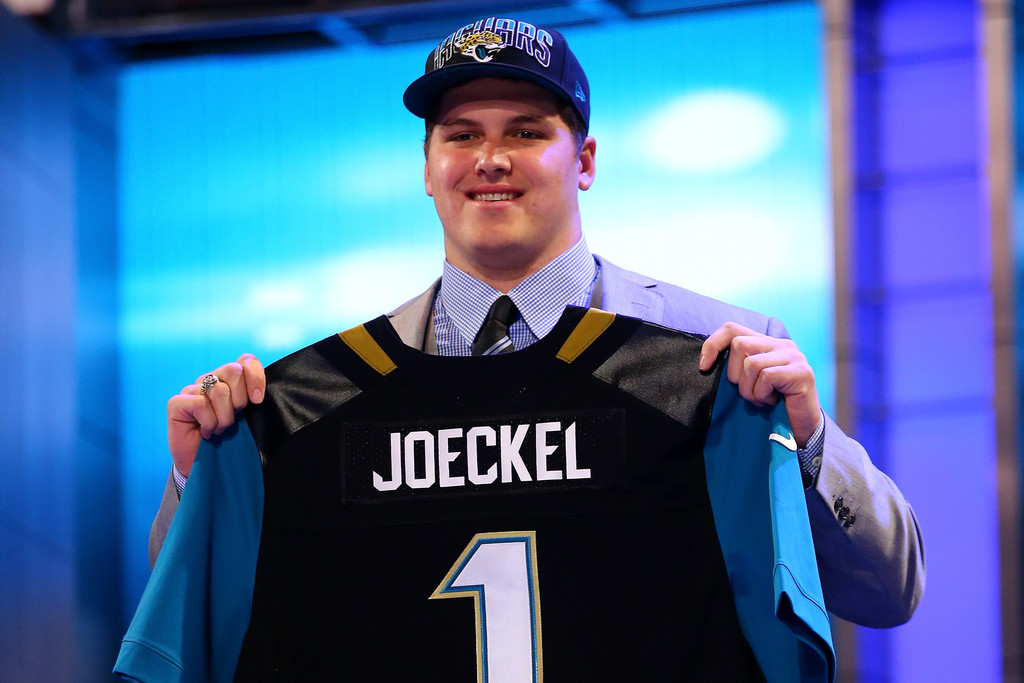 The Jacksonville Jaguars have signed the No. 2 overall pick from April’s NFL Draft to a contract. Joeckel, a right tackle, was selected by the Jaguars behind Eric Fisher.

Joeckel becomes the tenth first round pick to sign a contract.

Prior to being selected by the Jaguars, Joeckel was a dominating left tackle at Texas A&M. He will switch to right tackle in Jacksonville as the team still has Eugene Monroe on the roster.

Joeckel’s four year deal with the Jaguars is worth a guaranteed $21.2 million. He also gets a $13.8 million signing bonus.

The Jaguars are hoping that Joeckel will keep third year quarterback Blaine Gabbert upright. Only time will tell if Gabbert being upright longer will lead to better results in the win/loss column.