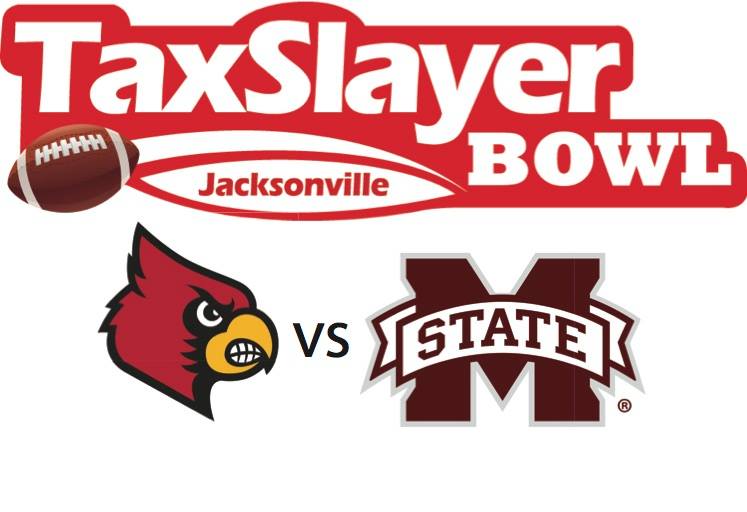 The No. 23 Mississippi State Bulldogs will play against the Louisville Cardinals in Saturday’s TaxSlayer Bowl.

Coverage of the TaxSlayer Bowl (notice how it simply reads as an advert so I cannot precent myself from listing the sponsor) will air on ESPN and the WatchESPN App beginning at 12:00 pm ET from EverBank Field in Jacksonville, Florida.

There are plenty of tickets available, starting at just $14 according to my searches, for the game between two 8-4 teams on Saturday.

The Odds: Louisville began as a 5 point favorite but that line has moved up to 7 points now. The over/under for this game is currently 63 total points.

Comment below with who you think will win this year’s TaxSlayer Bowl.