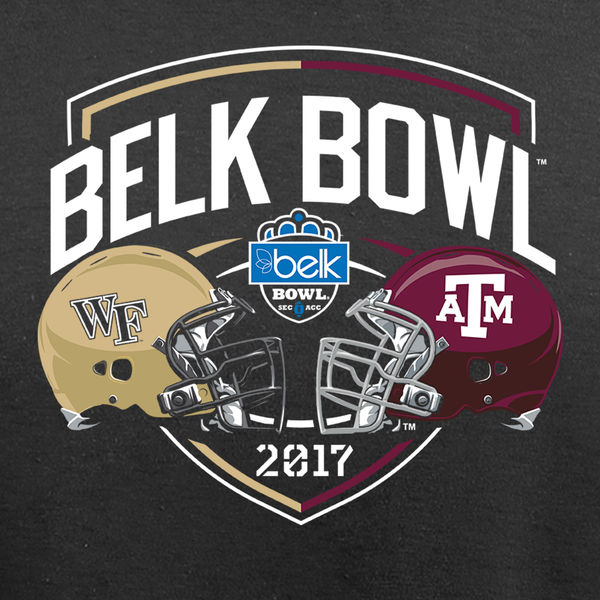 This year’s episode of the Belk Bowl features a match-up of two 7-5 teams in the Wake Forest Demon Deacons and the Texas A&M Aggies.

The Belk Bowl will take place at Bank of America Stadium in Charlotte, North Carolina giving Wake Forest a definite home field advantage. Coverage of this game will air on ESPN and WatchESPN beginning at 1:00 pm ET.

Entering this one the Aggies have lost thee of their last five, though two of those losses came against ranked teams. Wake Forest ended the regular season with a loss to Duke after an upset of then No. 19 NC State a week earlier.

The Odds: Wake Forest is a 3 point favorite in this one and has been since the opening. The over/under for this contest has drifted from 64 total points at the open to 65.5.

In terms of the spread, this contest is expected to be the closest of all of Friday’s games according to the oddsmakers. Of course two 7-5 teams playing in the Belk Bowl at 1:00 pm ET is hardly going to draw the eyes of games to be held later in the day.