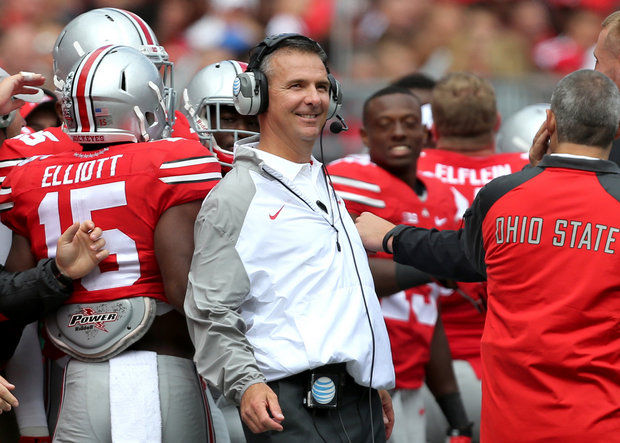 Last season the Virginia Tech Hokies pulled off an upset of the Ohio State Buckeyes. The Buckeyes would end up running the table and claiming the National Championship.

Now both teams enter this season looking for their first wins. The No. 1 ranked Ohio State Buckeyes will travel to Lane Stadium in Blacksburg, VA looking to avenge the only blemish from a year ago.

ESPN will have coverage of the game beginning at 8:00 pm ET.

Ohio State is a 14 point favorite against Virginia Tech. The over/under for this game is 53 total points.

Urban Meyer has played coy about who would start for the Buckeyes but its reasonable to believe that both Cardale Jones and J.T. Barrett will see playing time. Not playing will be wide receivers Corey Smith, running backs Jalin Marshall and Donte Wilson who were suspended for violating team policies. Joey Bosa, a defensive end, has also been suspended for the game.

Will Ohio State win this one or does history repeat itself?