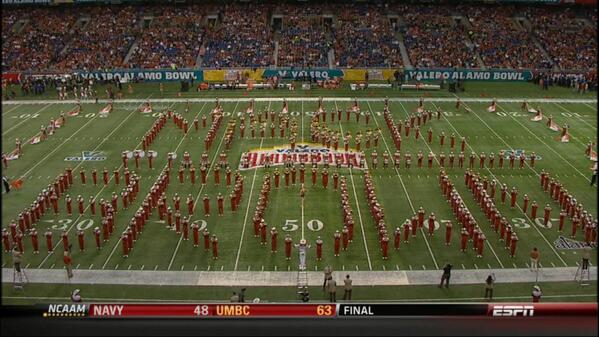 In between two halves of awful football the Texas Longhorns band took the field to spell out the name of head coach Mack Brown.

Monday’s loss in the Alamo Bowl was the last game of a 16 year tenure of Mack Brown as the head coach of the Texas Longhorns. Obviously the 2005 NCAA Championship game will go down as the memorable moment but there is little at Texas that was not improved during Brown’s tenure.