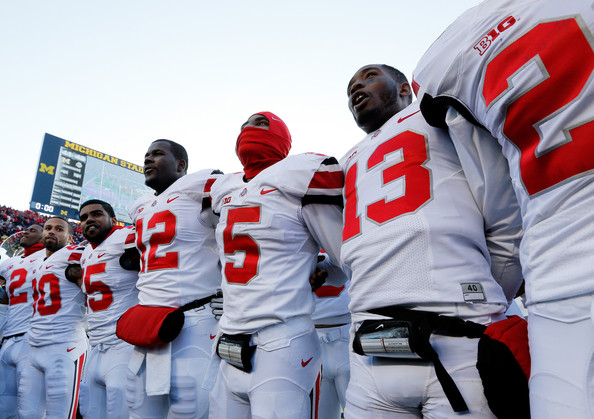 On Saturday the Ohio State Buckeyes and Michigan State Spartans will face one another with the Big Ten championship on the line.

Coverage of the game between Ohio State and Michigan State will air on FOX beginning at 8:17 pm ET from Lucas Oil Stadium in Indianapolis, IN.

It’s strength versus strength in this one as the Buckeyes potent ground game goes up against the Spartans stout defensive line.

The Odds: The Ohio State Buckeyes are 5.5 point favorites against the Michigan State Spartans. The over/under for this contest is 515 total points.

While this contest has not received the hype of the SEC Championship game it could easily rival it in quality. Only Ohio State and Michigan State are left in the Big Ten and after Saturday one of them will fall.