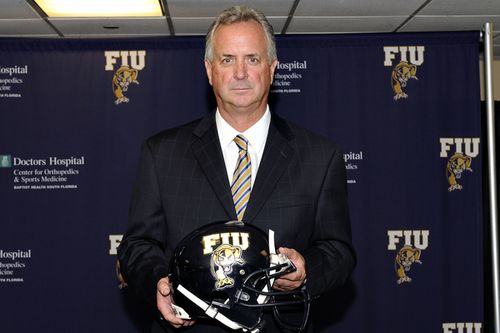 FIU coach Ron Turner is apologizing for the conduct of some players who used a public outdoor shower after a beach workout Friday. The players are said to have disrobed in public.

Miami-Dade police were called to investigate reports of unclothed players who were in the view of others at the beach.

No charges were filed and none are expected. Turner said that some players rinsed off at public showers “and a few of them made a poor decision and changed their clothes in public.”

The team was at the beach for a cookout commemorating the end of preseason conditioning. FIU is also investigating the incident.