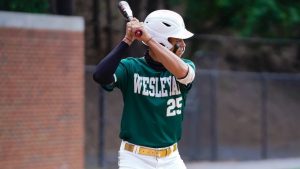 The Diamondbacks and first pick pick Druw Jones have agreed on a $8.19 million signing bonus. The bonus is the largest for a high school position player, topping the $7.7 million given to Bobby Witt Jr. by the Royals in 2019.

Jones was selected second overall by the Diamondbacks behind Jackson Holliday who went first overall to the Orioles.