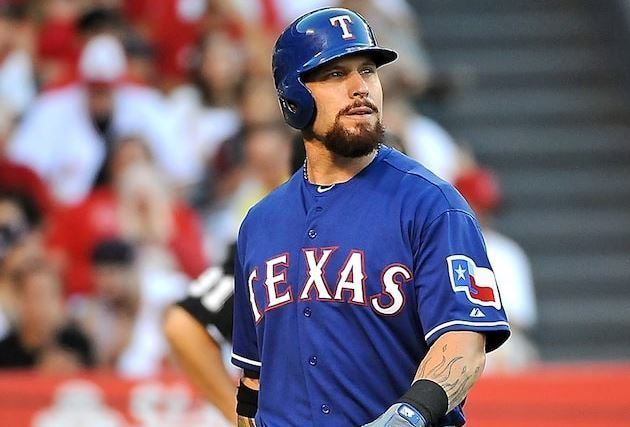 Josh Hamilton continues to have problems away from the baseball field. While the former AL MVP is said to have been sober since August, his latest incident with the law came on Sept. 30 when he allegedly injured his oldest daughter.

Hamilton had been sharing custody of his kids with ex-wife Katie. He pleaded not guilty on Oct. 31 after turning himself in and being released on $35,000 bond according to the Star Telegram.

He was accused of throwing a water bottle at his oldest daughter, 14, and hitting her in the chest, according to an arrest warrant affidavit. Hamilton also grabbed the chair where his daughter had propped her feet and yanked it from under her, then tossed the chair in her direction, police said. According to the affidavit, the chair struck her leg. Hamilton then picked her up and carried her to her room, where he struck her in the back and legs, according to the affidavit.

Hamilton had multiple issues with drugs and alcohol during his career, one of which almost prevented him from playing in the majors. The Rangers would acquire Hamilton in December of 2007 and he would go onto be a five-time All-Star and win the 2010 AL MVP all while suffering two more relapses.
The Angels signed Hamilton to a massive contract during December of 2012 but he struggled with injury and eventually found himself traded to the Rangers in 2015. Knee issues prevented him from returning to the field in 2016 and 2017.
“The Texas Rangers take the issue of family violence very seriously,” the team said in a statement following Hamilton’s arrest. “We are aware of the situation involving Josh Hamilton. Since this is an ongoing legal matter, we have no further comment.”