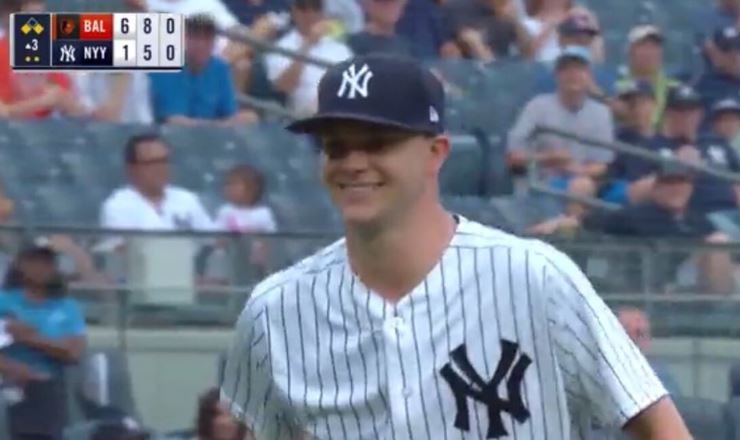 Yankees pitcher Sonny Gray deleted his twitter account on Wednesday following what can only be described as an awful start against the Orioles.

Gray could be seen smiling as he walked off the field in the third inning. Whether he was proud of what he had done, or simply one of those nervous “I can’t believe this” laughs we may never know but the verdict is already out in the Bronx.

In total Gray was charged with seven earned runs on eight hits and two walks while he managed to record just eight outs, three of which were strikeouts.

The outing was so bad that Gray, who recently had his twitter hacked, deleted his profile before the game even ended.

With a loss Gray falls to 8-8 on the season with a 5.56 ERA. A year after the Yankees acquired him for a post season push it’s safe to say that the honeymoon is over.

The Yankees acquired both J.A. Happ and Lance Lynn before the trade deadline. While Lynn was initially viewed as a relief option the continued struggles of Gray leave open the chance he sees time in the rotation.