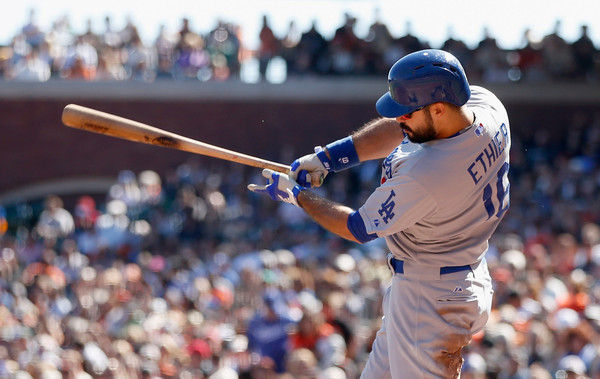 HomeNewsWhite Sox could be landing spot for Andre Ethier
News

White Sox could be landing spot for Andre Ethier

The White Sox sought to upgrade their outfield this offseason but missed out on their targets. Now the team is exploring the trade market with Dodgers outfielder Andre Ethier being one target.

While the White Sox want an outfielder the Dodgers find themselves wanting to get rid of one. Ethier and Carl Crawford are both available via trade since the Dodgers have what can only be termed as a crowded outfield.

Not clear if there's a match but #WhiteSox are exploring #Dodgers Andre Ethier. His 2.7 WAR in '15 would be 4th best in their lineup.

Ethier will turn 34 this April but is coming off a productive season in which he hit .294/.366/.486 with 14 home runs. The Dodgers owe Ethier $38 million over the next two seasons but would love to move him.

While Phil Rogers notes that a their is exploration of a trade but also notes that it is “not clear if there’s a match.”