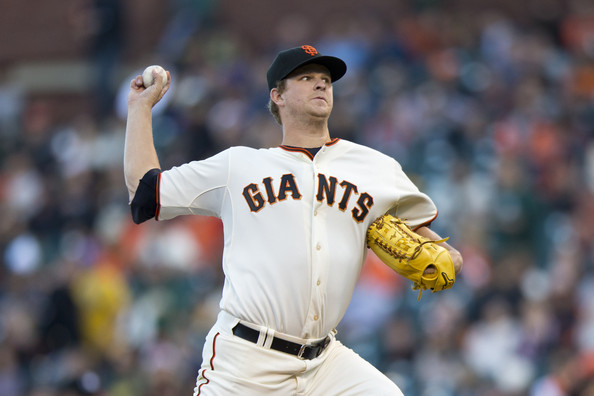 San Francisco Giants starting pitcher Matt Cain’s scheduled start on Wednesday in Arizona is in question after he underwent an MRI on his forearm.

Cain felt tightness in his right forearm following his final spring training outing leading him to have an MRI on Monday. The Giants have not released any information as to whether or not he will start on Wednesday but given that it can be a sign of ulnar collateral ligament damage there is a good chance the team plays it safe here.

Tim Lincecum could end up making the start on Wednesday for the Giants if no one is promoted. For now it appears that Yusmeiro Petit will remain in the bullpen.

Ryan Vogelsong, who is making a start on Tuesday for Jake Peavy would be the long-term solution for the Giants in the rotation.