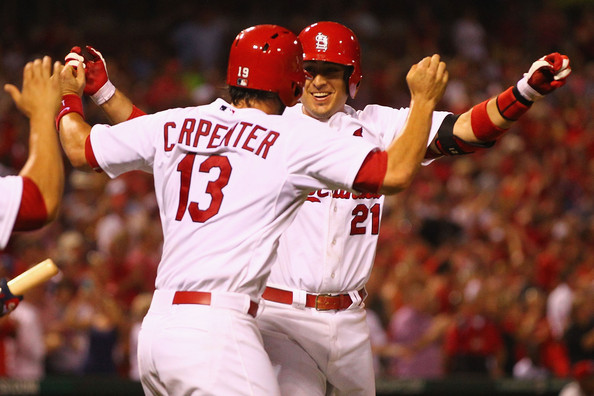 The St. Louis Cardinals took a two games to one lead in the World Series after a walk off win over the Boston Red Sox in Game 3.

To say it was a walk off is putting it lightly. Allen Craig who had a pinch hit double earlier in the ninth inning scored following an obstruction call by home plate umpire Jim Joyce.

Joyce ruled that Craig’s progress to home plate was impeded by Red Sox third baseman Will Middlebrooks who was laying in the base line from third base to home plate.

The plate started when Pete Kozma hit a ground ball to Dustin Pedroia who threw out Yadier Molina. At that point Jarrod Saltalamacchia threw the ball to Middlebrooks which got away. In the process of diving for the ball Middlebrooks ended up in the path of Craig.

After the game Craig limped off the field.