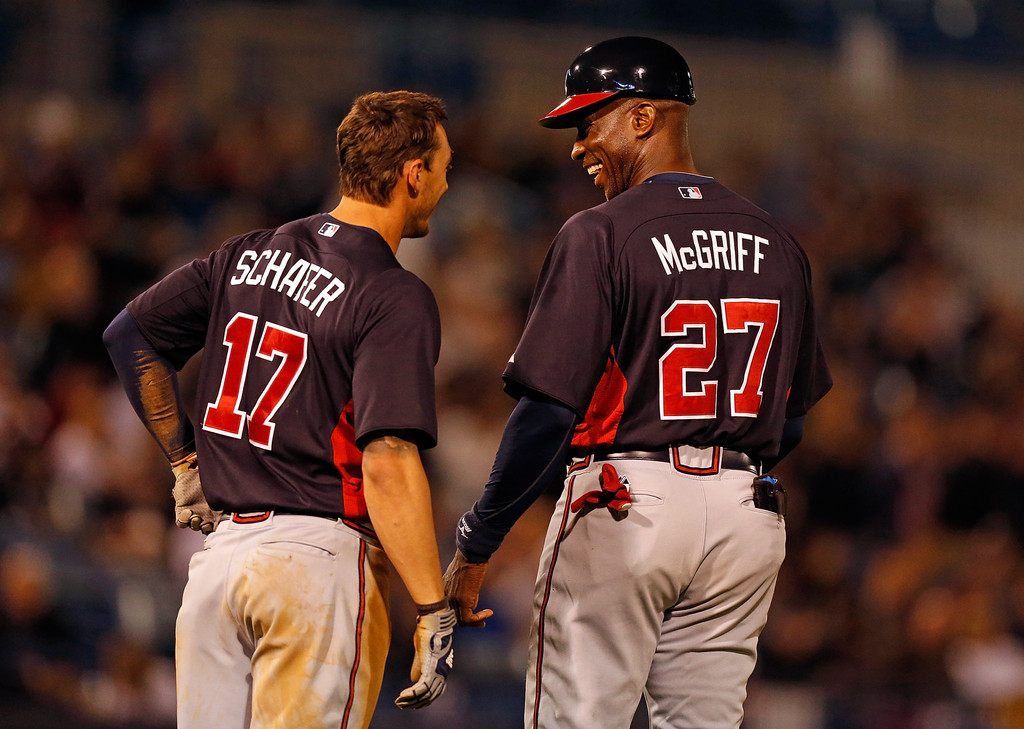 Jordan Schafer earned the starting job in center field in 2009 for the Braves. Four years later the now 26-year-old outfielder returns to the Braves as a bench player.

On Tuesday the Braves announced that Schafer had made their opening day roster albeit as a backup. The team also announced that pitcher David Carpenter, infielder Tyler Pastornicky, and outfielder Jose Costanza would begin the season in the minors.

A lot has changed with the Braves since Schafer first appeared in the big leagues with the team. The outfield will consist of BJ and Justin Upton and Jason Heyward.

Schafer hardly earned the roster spot this spring. He managed just a .241/.323/.293 line over 65 plate appearances but he was out of minor league options which would have left him open for another team to sign.

In July of 2011 the Braves traded Schafer and a pair of minor league pitcher to Houston for Michael Bourn. This past November they claimed him off waivers from Houston.