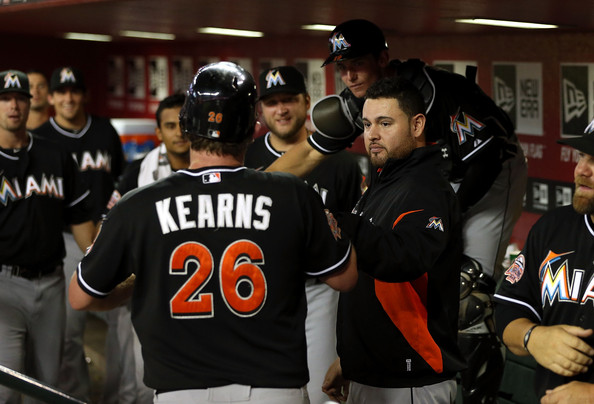 The Miami Marlins have made headlines this offseason for trades, in which they gutted their team. Miami is currently trying to add a few veteran players to their roster.

According to the Miami Herald the Marlins and outfielder Austin Kearns are close to an agreement for the 2013 season. Kearns appeared in 87 games for the Marlins last season compiling a .245/.366/.367 line with four home runs. Should he make the team Kearns would likely serve as a pinch hitter and fourth outfielder.

Matt Capps is another option for the the Marlins. The Marlins are one of several teams who is seeking the services of Capps. The Marlins could use a few arms for their bullpen and adding Capps would provide them with a serviceable arm. Last season Capps struggled with shoulder problems and appeared in 30 games for the Minnesota Twins. He finished the season with a 3.68 ERA and a 1.09 WHIP. Ideally the Marlins would flip Capps at midseason for prospects if they are able to sign him.