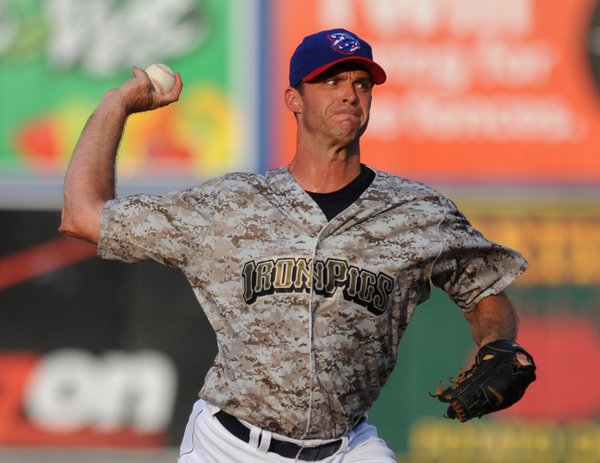 Scott Elarton has signed a minor league deal with the Minnesota Twins. While Elarton is a veteran and the Twins have rotation spots to fill, Elarton, 36, will serve primarily as organizational depth.

Last season Elarton pitched at the Triple-A level for the Phillies where he posted a 5.26 ERA.

The last time Elarton pitched in the majors was 2008 when he pitched eight games in relief for the Cleveland Indians.

Recently the Twins traded Denard Span to Philadelphia for Vance Worley. Scott Diamond and Kyle Gibson will join him in the rotation. Minnesota has attempted to bring back Francisco Liriano on a one year deal but those talks have cooled in recent days.

Nick Blackburn, Cole De Vries, Samuel Deduno among others could find their way into the Twins rotation this year.