When I was writing about Derek Lowe and conversations the Braves had with the Brewers I had to note that they were talking about acquiring Corey Hart. Of course that reminded me of Frank Catalanotto.

Catalanotto was released by the Texas Rangers at the end of spring training when the team opted to use their final roster spot on outfielder Andruw Jones. Being a fan of Catalanotto and considering he had a pretty good spring I figured it’d be a matter of days before he showed up on some teams 25 man roster but March and April passed and May was coming close to an end when news finally came that he had signed with Milwaukee.

At the time of the signing I knew his best chance for at-bats came at the expense of Hart but it wasn’t until August that that happened on a regular basis. By all accounts he had a pretty nice August hitting .296/.397/.407 in 22 games including 15 starts. Oh but stats are stats and what makes August 1st to August 31st any more important then say August 14th to 21st? Hmm.

That of course brings us to August 14th. When he had a six game streak in which he got hot from August 14-21. He collected 9 hits in 18 at-bats to compile a .500/.550/.611 line, of course negative Nancy would poin tout he had just 2 extra base hits, 0 RBI and a total of 4 runs scored but then again can you really blame the lack of scoring all on him?

Then began the tail spin which warped into a nose dive. Over his last 26 appearances Catalanotto collected 51 at-bats but hit just .216/.273/.333 with a lone RBI.

When the season ended Catalanotto had finished with his worst season in his 13 year career. His final line was .278/.346/.728 which could be considered respectable for a 25th man but below what you expect out of Frank Catalanotto. While the average and on-base percentage were solid, it’s his real lack of pop (even doubles last year) that really make his line frown. He connected for just 6 doubles and one homer that ultimately resulted in a total of 9 RBI and 18 runs scored  in 144 at-bats.

I suppose there will be no shortage of teams interested in Catalanotto as a bat off the bench, something that may appeal more to National League clubs. Whether it’s a major league contract or a minor league one with an invite to spring training remains to be seen. 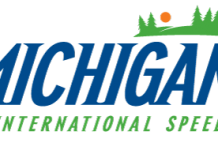 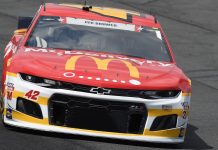 Phil Surgen taking over as crew chief for No. 42 of Kenseth 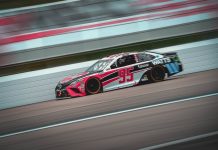