Jon Lester has three offers of $150 million or more 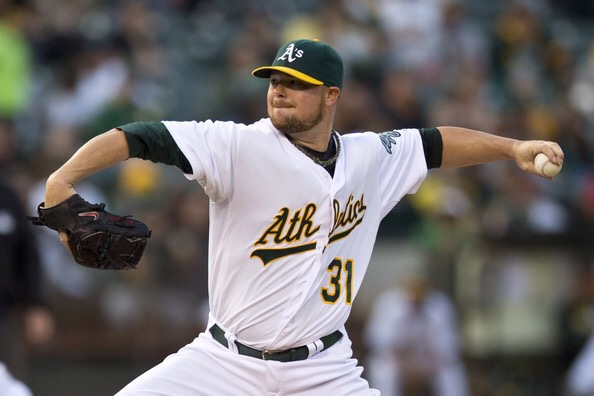 Jon Lester may make a decision on where he will pitch in 2015 as soon as Tuesday.

Lester has been most hotly sought after by the Cubs, Red Sox and Giants who have extra money to spend after losing out on Pablo Sandoval.

Both the Cubs and Giants are believed to be in the $175 million range for Lester on seven year deals while the Red Sox are at or near the $150 million mark.

Surprisingly the Angels have not been linked to Lester after reports circulated this weekend that they were looking at rotation upgrades and were willing to part with C.J. Wilson.

The Braves and Cardinals showed early interest in Lester but neither can afford to take on him at $25 million a season.