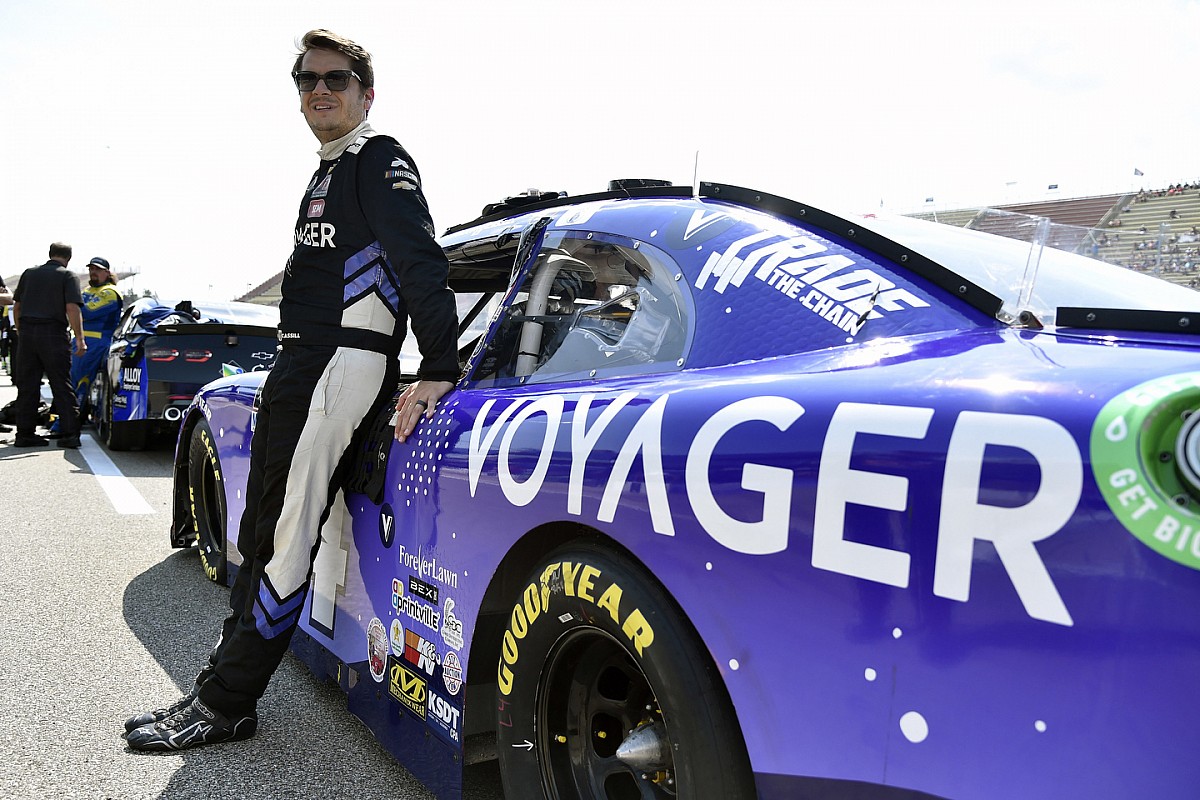 The sponsor of Landon Cassill, Voyager Digital, has filed for bankruptcy.

Voyager Digital filed for Chapter 11 bankruptcy on July 5 in the Southern District of New York though they plan to keep operating reports Forbes. The company released a recovery plan this week telling users they would get their funds back.

Voyager Digital is a cryptocurrency sponsor, and since last year cryptocurrencies have lost $2 trillion in value.

Cassill has driven the No. 10 Kaulig Racing Chevrolet with Voyager sponsorship in the Xfinity Series this season but for the upcoming event at New Hampshire they are not listed as the sponsor. The sponsor has also appeared on the No. 77 entry of Spire Motorsports in the Cup Series with Cassill driving.