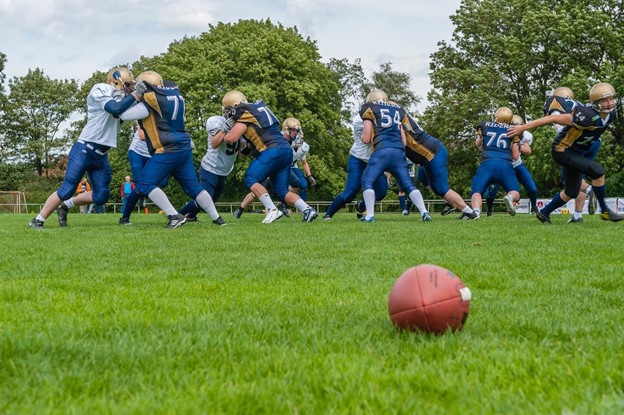 The Super Bowl is one of the most anticipated events in the U.S. As a fan, a bettor, or a newbie to this world of excitement; it’s always a pulsating event.

Super Bowl LVI is in a few days! If you’re a bettor, understanding the Super Bowl Point Spreads is essential.

When Is the 2022 Super Bowl, and Who Will Face Each Other?

The Super Bowl LVI will be played on Sunday, 13 February. This Sunday’s duel will star the Cincinnati Bengals and Los Angeles Rams as the number 56 in Super Bowl history.

This event is the most-watched single-day sporting event in the U.S!

What is the Super Bowl?

The Super Bowl 56 will be played at the SoFi Stadium in Los Angeles.

Roughly speaking, the main objective, in addition to scoring more points than the opponent, is to cover ten yards in four attempts or less. On each attempt, the team in possession of the ball can choose between throwing an aerial pass or playing on the ground (called a run).

At the beginning of the match, each team gets four attempts (termed downs) to move with the ball for 10 yards by passing it or running with it.

If a team successfully makes 10 yards, they’ll receive another set of 4 downs.

The usual thing is that if the team reaches the fourth attempt without exceeding ten yards, on that fourth possession, they choose to clear the ball with a kick or kick to the posts if they are close to them.

This kick gives the opponent possession and the chance to choose between starting their attack from where they received it.

How To Score Points

The most common ways include:

Other possibilities are usually less frequent:

How Long is a Super Bowl Game?

However, matches typically last about three hours due to play being stopped for fouls, penalties, timeouts, and play reviews.

The 15 minutes (up to 30 minutes are allowed in the Super Bowl) of halftime breaks must also be added as the total duration of the Super Bowl.

False Start: Five-yard penalty. It occurs when an offensive player moves before the snap (beginning of the play).

Off-Side: Five-yard penalty. It occurs when a defensive player invades the imaginary line of scrimmage before the ball is in play.

Personal Foul: Fifteen penalty yards and even a first down for the affected team. It can be called for holding the opponent’s helmet bar, when there’s unnecessary roughness, or when the quarterback is knocked down after releasing the ball.

Pass Interference: First down for the team affected by the penalty. It occurs when a defender prevents a receiver from receiving a pass through physical contact.

Delay of Game: Five-yard penalty. It occurs when the offense doesn’t put the ball in play before the established 40 seconds.

There you have it! Are you ready for the Super Bowl? We are, of course, excited as you are!