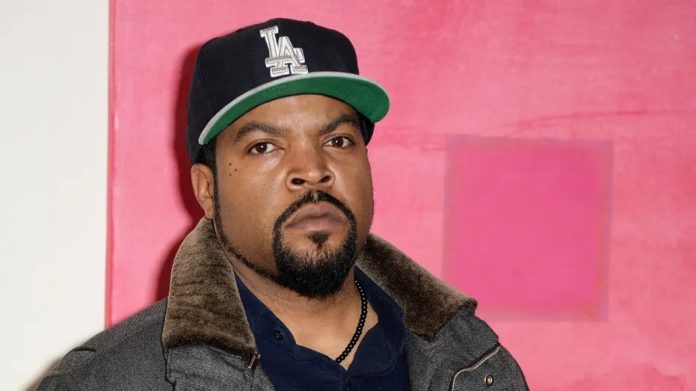 NASCAR announced today that Ice Cube will perform during the race break of the Busch Light Clash at the Coliseum on Sunday, Feb. 6. His performance, which will be shown live on FOX, enhances an already star-studded lineup of racing and entertainment set for the sport’s season-opening exhibition inside the Los Angeles Memorial Coliseum.

“Ice Cube is more than a rapper, actor and entertainer,” said Ben Kennedy, NASCAR senior vice president for strategy and innovation. “He’s an icon who has risen to the top in all of his endeavors. We’re honored to have him perform at this first-of-its-kind event in the heart of Los Angeles.”

To call Ice Cube a game changer in entertainment is an understatement. He rose to prominence with the groundbreaking group N.W.A. before launching a solo career that showcased his visionary talent and led to countless collaborations with some of the music industry’s biggest stars. Yet his versatility as an actor propelled him to greater heights, beginning with his screen debut in the film Boyz n the Hood and continuing through his work in the Friday and Barbershop franchises.

Moreover, Ice Cube is also a business leader in professional sports as the founder of the Big3 basketball league. He’s also no stranger to NASCAR, attending the 2018 NASCAR Cup Series race at Auto Club Speedway.

“I’ve long been a fan of NASCAR from afar, and I’ve become an even bigger fan after seeing the action in person,” Ice Cube said. “And now to perform for all of the fans at the Coliseum and for the millions watching at home, I’m excited to be part of an incredible day for NASCAR and LA.”

Pitbull will also perform a 45-minute concert presented by Coca-Cola prior to the 150-lap main event on Sunday, Feb. 6, and more celebrity participation in the Busch Light Clash at the Coliseum will be announced in the coming weeks.

About the Busch Light Clash at the Coliseum

The Busch Light Clash at the Coliseum on Sunday, Feb. 6 is the culmination of a two-day celebration of speed inside the historic Los Angeles Memorial Coliseum. NASCAR is constructing a temporary, quarter-mile track inside “The World’s Greatest Stadium” for this season-opening exhibition, which is being held outside of Daytona Beach, Fla., for the first time.

Sunday’s action at the Coliseum begins at noon PST with the first of four heat races and two last-chance qualifying races that will determine the field of 23 cars for the main event. Shortly after 2 p.m. PST, Pitbull will perform and set the stage for the 150-lap main event, which begins at 3 p.m. PST. All of Sunday’s racing action will be broadcast live on FOX.

On Saturday, Feb. 5, fans can get a sneak peek at NASCAR’s newest venue by attending Busch Light Clash Qualifying. Gates open at 1 p.m. PST, with qualifying beginning at 5:30 p.m. PST.