The upcoming NFL season is nearly there, with the league set to kick things off on September 10.

Of course, the excitement is already building given that pre-season is well underway. And fans looking to place bets on games ahead of the upcoming regular season can check out the NFL consensus for the games.

As it pertains to the Super Bowl, we have listed the favorites and contenders for the big trophy, with a number of teams gearing up to take down the Tampa Bay Buccaneers. Any team boasting Tom Brady will always be among the favorites but there is one team ahead of the reigning champs in that regard.

The Chiefs would have been celebrating a second consecutive Super Bowl win had their offensive line been able to cope but they are headed into next term as the outright betting favorites following the additions of Joe Thuney, Kyle Long, and Orlando Brown, who have joined 2020 opt-out Laurent Duvernay-Tardiff as part of a group that can offer star quarterback Patrick Mahomes plenty of protection.

The Bucs didn’t go out there chasing free agents and instead prioritized re-signing their key players from last season. All 22 starters will be returning, including, of course, a Brady who’s raring to go after finally having surgery on that torn MCL he had to play through all of last season.

The Bills are also in the mix here. While Josh Allen might not have the same caliber of players around him as Mahomes does, he does have great options in Stefon Diggs, Cole Beasley, and Emmanuel Sanders, who are all certainly quite dependable. Allen is behind only Mahomes, Brady, and Dak Prescott as the player who will lead the league in passing yards, from a betting standpoint. 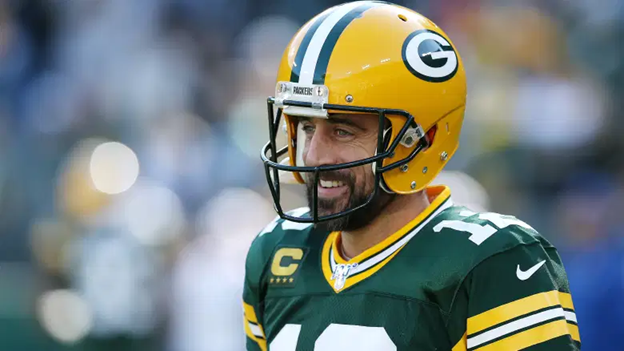 Having secured the services of Aaron Rodgers for another season, the Packers will look to convince the reigning MVP to stay past the end of the term by helping him win that elusive championship. Having him in the squad means they will always have a chance.

The Ravens are among favorites for the Super Bowl at +1400 despite Lamar Jackson’s struggles as a passer in the playoffs for the past two seasons. Justin Houston turning down more money to remain with the team is a sign of the confidence within the squad as it pertains to getting over the hump.

The Rams have possibly set themselves up for major success this year after bringing in Matthew Stafford as a replacement for Jared Goff. While they will be without Cam Akers for the entire term as he recovers from an Achilles injury, they do have two of the best defensive players in Aaron Donald and Jalen Ramsey.

This season, the 49ers will have the luxury of having a number of players they couldn’t call upon due to injury last term. They also have an impressive rookie QB in Trey Lance, who will be waiting in the slips should Jimmy Garoppolo lose form.

The Browns will welcome Odell Beckham Jr. back following his recovery from a torn ACL and have also added multiple defensive stars. It’s been argued that they have the best defensive team on paper this year. They are +1600 where Super bowl prospects obtain.

Keeping Russell Wilson was pretty big for the Seahawks, given that he was the subject of plenty of trade rumors. Add that to getting Pro Bowl safety Jamal Adams on a multi-year deal and you have a real force in the NFC West.

The Titans made one of the biggest moves of the offseason in acquiring Julio Jones from the Atlanta Falcons. Now it’s up to the squad to make it work.

The Saints had to part ways with a number of key defenders, including Trey Hendrickson, and it didn’t help to have to watch their iconic quarterback retire. They will hope rookie DE Payton Turner can make up for the loss in defense but will also have to deal with Michael Thomas’ absence as he has undergone ankle surgery and is understood to have some friction with Sean Payton over the timing.

The New England Patriots are looking to bounce back from the embarrassment of getting shown up by Brady and have spent a record sum this summer, forking out nearly $250 million on their offense. Time will tell how good they can be but they do have one of the greatest coaches in NFL history at the helm.