A dozen drivers have displayed the versatility to earn one of the coveted rides piloting a Formula 1 car and also tame the famed Brickyard at Indianapolis Motor Speedway. They are a select group of racers who’ve competed on the F1 circuit and also taken the checkered flag at the Indianapolis 500.

As well, there are four drivers in this year’s field who will look to make it a baker’s dozen of Indy 500 winners who were F1 racers – Marcus Ericsson, Sebastien Bourdais, Max Chilton and Pietro Fittipaldi, the grandson of two-time Indy 500 champ and F1 world driving champ Emerson Fittipaldi.

Completing this dynamic dozen are five legendary drivers who belong to an even more exclusive club – they’ve won the Indianapolis 500 and the F1 driving championship.

The only Canadian to win the Indianapolis 500, Villeneuve only made three career starts at the Brickyard, but he made them count. He was second in 1994 and earned the victory in 1995, overcoming a two-lap penalty early in the race for overtaking the pace car under caution.

In his second season of F1 racing for Williams, Villeneuve, the son of F1 legend Gilles Villeneuve, took the title, winning 10 poles and seven races during the 1997 campaign. He’s also the lone Canadian to have won an F1 world title.

Retiring from F1 following the 1980 season, Fittipaldi was 38 years old when he came to open-wheel racing in the USA in 1984. Fittipaldi posted five wins in 1989 to win the CART season title, including an Indy 500 triumph. Four years later, Fittipaldi claimed the lead from reigning F1 world champion Nigel Mansell on Lap 185 and maintained it until crossing the finish line for his second win at the Brickyard.

Winning his first F1 title for Lotus at the age of 25, the Brazilian was the youngest-ever champion, a mark he held for 33 years. Moving to McLaren, Fittipaldi earned a second world title in 1974

Andretti started in 29 Indianapolis 500s over his storied career, but won only once, in his fifth try in 1969. It was one of nine races he won that year.

He won his first F1 race for Ferrari in 1971. He finished third in the points for Lotus in 1977 and the following year, Andretti won six races and took the F1 world title.

Andretti is the only driver in history to win the Indianapolis 500, Formula 1 world title and the Daytona 500, which he captured in 1967.

The F1 drivers dominated the Brickyard during the 1966 race. Defending champion Clark and British driver Hill battled for the lead for most of the race. Hill would win in his first attempt at running the famous open-wheel race.

Hill is the only driver to win the Indianapolis 500, 24 Hours of Le Mans and the Monaco Grand Prix, often referred to as the Triple Crown of motorsport. Hill and his son Damon are the only father-son tandem to win F1 world titles.

Clark seemed destined to win the Indianapolis 500. He finished second to Parnelli Jones in 1963. Qualifying on the pole in 1964, suspension problems relegated the Scottish driver to 24th place. It all came together in 1965. Clark qualified second but led 190 of 200 laps to become the first Brit to win the race since Dario Resta in 1916.

Considered perhaps the finest driver in F1 history, two-time champion Clark still holds a number of F1 records, including the most laps led during the course of an F1 season (71.47 percent in 1963). He captured eight races in his career where he won the pole, posted the fastest lap and led every lap of the race. 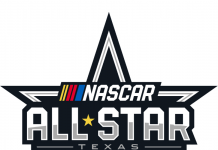 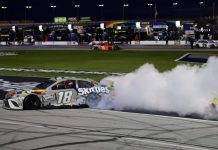