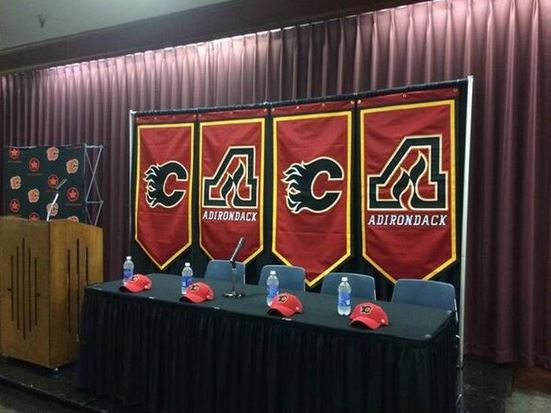 The Calgary Flames introduced the Adirondack Flames at a press conference on Friday. And while someone thought to display banners, they failed to think about the order spelling out the word “caca” which is better known as excrement or poop. (you can choose more colorful language if you like)

For those wondering where Adirondack will play? Keep waiting as that info will not be announced until after the Calder Cup final.

“We recently as a board of governors approved a scheduling formula and conference alignment,” Adirondack president Brian Petrovek told the Albany Times-Union.“We do have that information. It hasn’t been publicly announced yet. It will come from the league, not from the clubs.”