The Chargers will be without place kicker Mike Badgley who is out with an injured groin. That leaves punter Ty Long to handle all of the kicking duties for the Chargers to start the season against the Colts.

Long, who has never played an NFL game, formerly spent two years in the CFL and previously was a place kicker in college at UAB. He only recently transitioned to punting which gives him about as good a shot as anyone of adding some extra points or chip shots in Sunday’s contest.

The Chargers enter the season with a ton of question marks due to injuries which leaves open a Colts team led by Jacoby Brissett to pull off an upset. 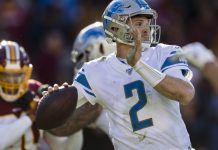 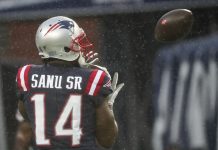 Sanu not expected to play against Cowboys 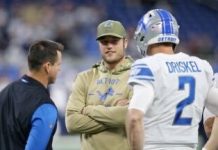 Matthew Stafford not ready to sit out rest of 2019