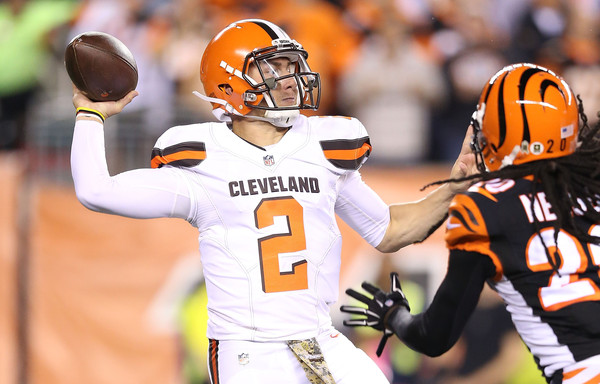 Sooner or later the Browns will have to make a decision on the future of quarterback Johnny Manziel but when remains to be seen.

New executive vice president of football operations Sashi Brown said that the team is “not in a panic to make a decision” about the first round pick from two drafts ago.

Brown told ESPN’s Tony Grossi that he had the final say on the Browns roster. The former lawyer has no real NFL background but along with former baseball general manager Paul DePodesta will attempt to rebuild the Browns.

#Browns EVP Sashi Brown on Johnny Manziel: "We're not in a panic to make a decision one way or another on him."

Hue Jackson, who comes over from the Bengals, will surely have a large role in talent evaluation. Jackson figures to desire a move on from Manziel.